Just a few bits of silliness I didn’t want to clutter the travelogue with.

First: you may not realize this, but Ottorino Respighi and I share a birthday. I know, I know, EXCITING. Well, exciting if you’re some kind of classical music nerd, raised on classical music. He’s best-known for his Roman tone poems; my favourite is Feste Romane (which is inexplicably the least well-known), but the other two are Fountains of Rome (of which there are many, check) and Pines of Rome.

The actual pines of Rome struck me pretty hard, is what I’m trying to get around to saying. They’re like something out of Dr. Seuss.

Those are all pines, in the distance. They trim them up into an umbrella shape.

They were beautiful, and they were everywhere. They shed needles, as all pines do, which roast under the sun and smell amazing. Like pine toast, or pine coffee. Warm and welcoming.

I mean, the fountains were great, too. But the PINES! I was utterly enamored.

And now, a self-indulgent selfie at the Pantheon:

Moving right along, here’s an ancient Roman bridge – the Pons Fabricius – that my son knew existed, thanks to David Macaulay books, but my husband and I had never heard of. Thanks David Macaulay! 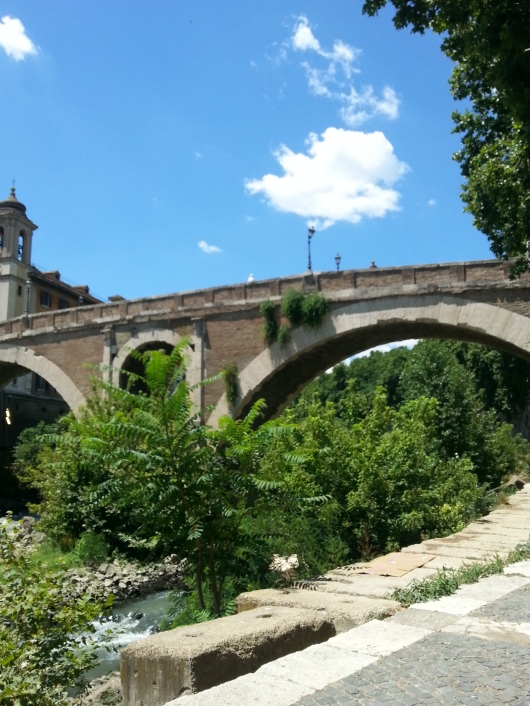 That’s my husband up there, to the right of the lampposts.

At the Capitoline Museums, we met that giant foot from Monty Python animations. Actually, it was from a colossal statue of Constantine. 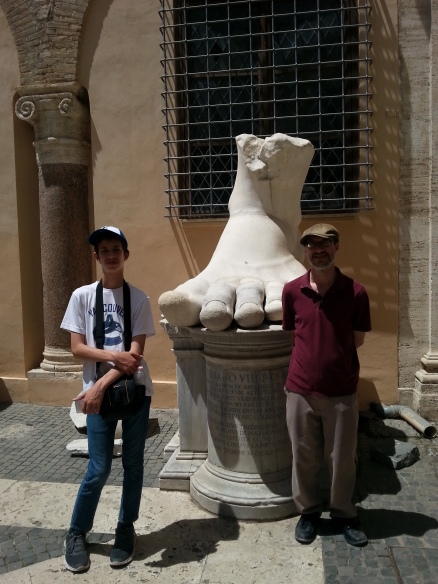 That’s my colossal offspring, on the left.

We were missing our whippet, but luckily there were many classical depictions of sight hounds. This plinth was my second favourite. The best one, I didn’t get a picture of, alas. B got a good pic, and I’ll have to see if he’ll let me post it, otherwise I could probably find it online. It’s a pretty famous piece at the Vatican. 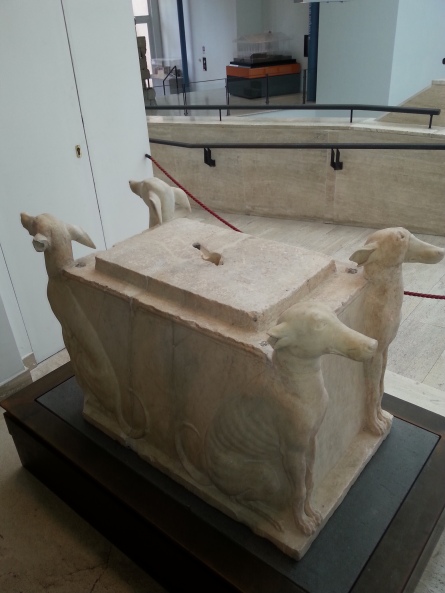 Such good doggies! And such well-rendered sight hounds.

Here’s a famous little dude from Pompeii, the eponymous faun from House of the Faun. We also saw the famous Alexander and Cave Canem mosaics. It was like seeing old friends. Very old. 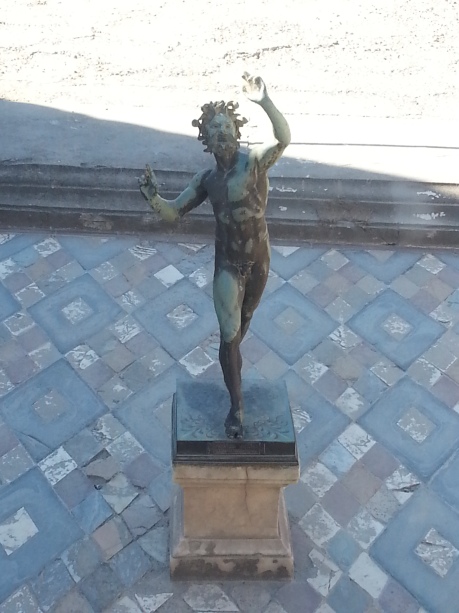 This faun has clearly never met a stranger.

I wish I’d gotten pictures of the frescoes from the Villa dei Misteri, but the light was bad and I was too busy having chills. Brrr. Nothing like paintings that give you the shivers.

Naples was gorgeous, although it was a bit challenging to get around. It took us a while to find our hotel because we didn’t realize that dark tunnel was the street we were supposed to walk up. When we finally did walk up it, it turned out to be the secret dark alley of second-hand booksellers. I’ve been a second-hand bookseller. I know their mysterious ways.

I followed these two guys everywhere, surreptitiously snapping pictures. I just made that sound way creepier than it was. 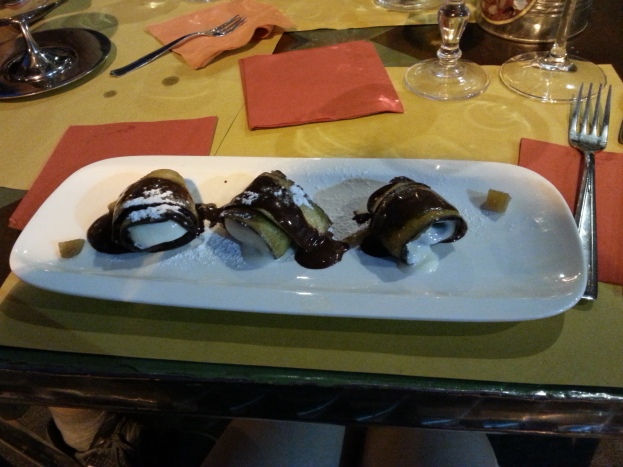 It was like eggplant cannoli. Of course I had to eat it.

I took a million volcano pictures, but this is my favourite. Who photographs the photographer? Me, apparently.

Sulphur, iron, and my tall son.

I didn’t take nearly enough pictures of Ortygia, which was made up of little streets like this. Streets from back before cars were a consideration. Ironically, it was one of the few places we drove. Not on this street, though.

It’s those dudes again. They were everywhere.

Last, but never least, Roman latrine from Villa Romana del Casale. I mentioned my love of Roman plumbing. You should have seen the private baths on this place, friends. And who wouldn’t want to gaze upon frolicking gazelle mosaics in the loo? Nobody, that’s who.

3 Comments on “The quirkier pictures”